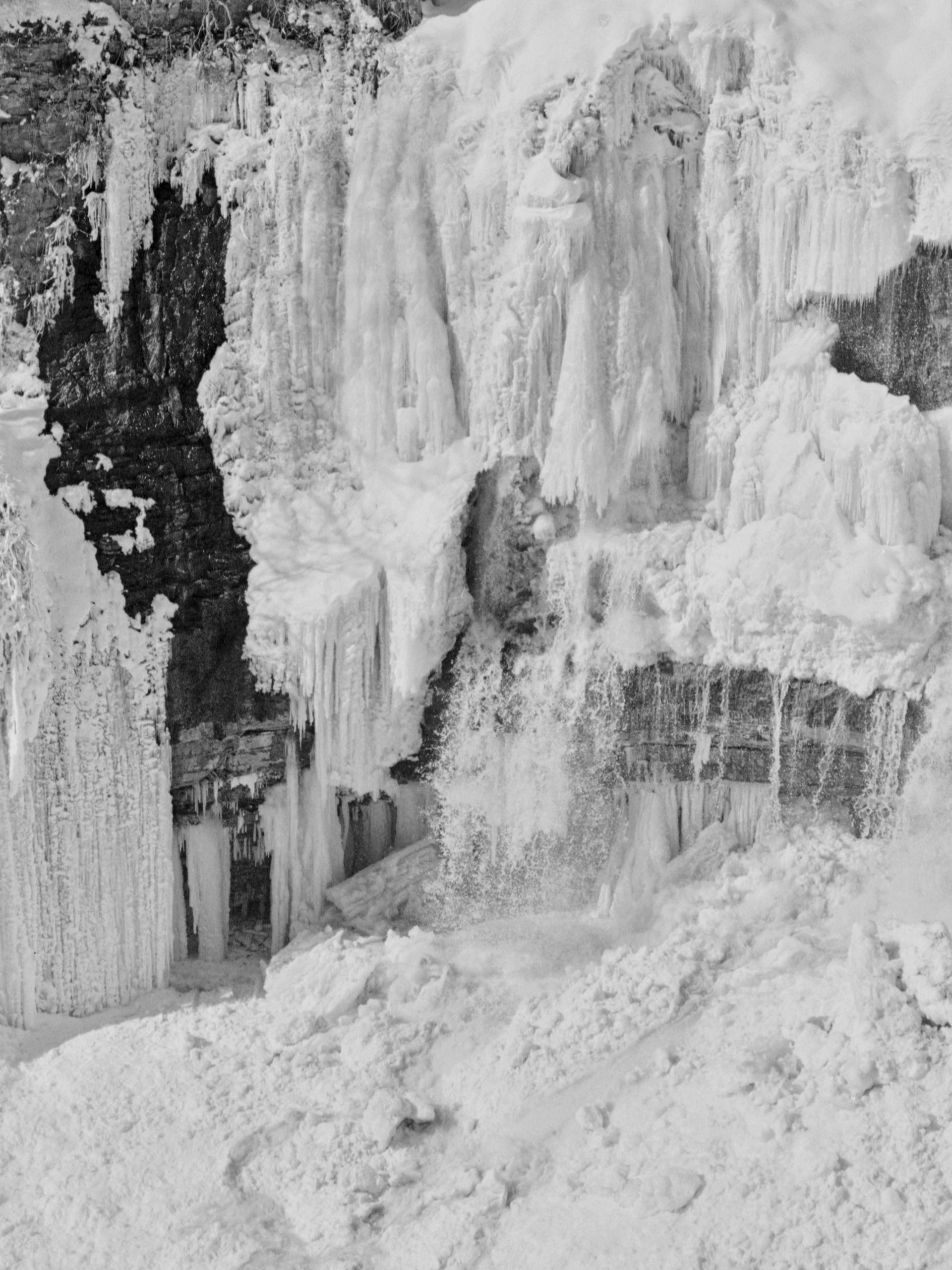 A great day with Sun and Snow to test the dynamic range of Cawanol Professional. You can judge for yourself in the sample image, virtually all highlights and shadows are protected. You can download the copyrighted full resolution image, scanned from a 35mm Ilford FP4+ Negative, made with a Minolta Dynax 9 ( Maxxum / Alpha ) and a Tokina 80-200mm F2.8 ATX-Pro lens.

To ensure success, the test was done with manual light metering, using the 10 zone system as developed by Ansel Adams.

Webster’s Falls is a curtain waterfall 22 metres in height. Located at the Spencer Gorge / Webster’s Falls Conservation area in Greensville, its source is Spencer Creek. It is one of two falls within the Spencer Gorge, and with a crest of 24 metres, it is the largest in the region. It is also probably the most popular and widely known fall in Hamilton, and has the biggest park associated with a waterfall. According to Joe Hollick, Webster’s Falls has the highest number of vintage postcards bearing its image, suggesting that it was also the most frequently visited waterfall a century ago as well.

This waterfall was originally known as Dr. Hamilton’s falls, after Dr. James Hamilton purchased the land in 1818. Apparently he was also the first president of the Canada Life Insurance Company as well as medical officer for the Great Western Railway. The waterfalls and 78 acres of the surrounding land were purchased by Joseph Webster after his family arrived from England in 1820. According to the Hamilton Conservation Authority, the Webster family manor still stands on Webster’s Falls Road, and their gravestones have been preserved in a small section just off the Bruce Trail, on the way to Tews Falls.

According to romantic legend, an Indian maiden named Na-Go-She-Onong (Evening Star in the Ojibway language), fell in love with a white man. Her lover was killed by a jealous Indian suitor, and rather than live without him, she pressed his dead body to hers and plunged into the roaring waters of Webster’s Falls. A poem about the ill-fated couple was printed in a souvenir booklet put out by the Women’s Wentworth Historical Society.

Our lab is located in Brantford, Ontario, Canada, and we accommodate scheduled pickups and drop-offs.

We sell 35mm and medium format film online and via arranged pickup or drop-off. Please contact us for pre-arranged curbside pickup. Cawanol Professional is distributed worldwide, you can contact us to request a quote.